-- The master plan for the Hainan free trade port aims to build the southern island province into a globally-influential high-level free trade port by the middle of the century.

--A free trade port system focusing on trade and investment liberalization and facilitation will be "basically established" in Hainan by 2025 and become "more mature" by 2035.

HAIKOU, June 1 (Xinhua) -- Chinese authorities on Monday released a master plan for the Hainan free trade port, aiming to build the southern island province into a globally-influential high-level free trade port by the middle of the century.

A free trade port system focusing on trade and investment liberalization and facilitation will be "basically established" in Hainan by 2025 and become "more mature" by 2035, according to the plan jointly issued by the Central Committee of the Communist Party of China (CPC) and the State Council. 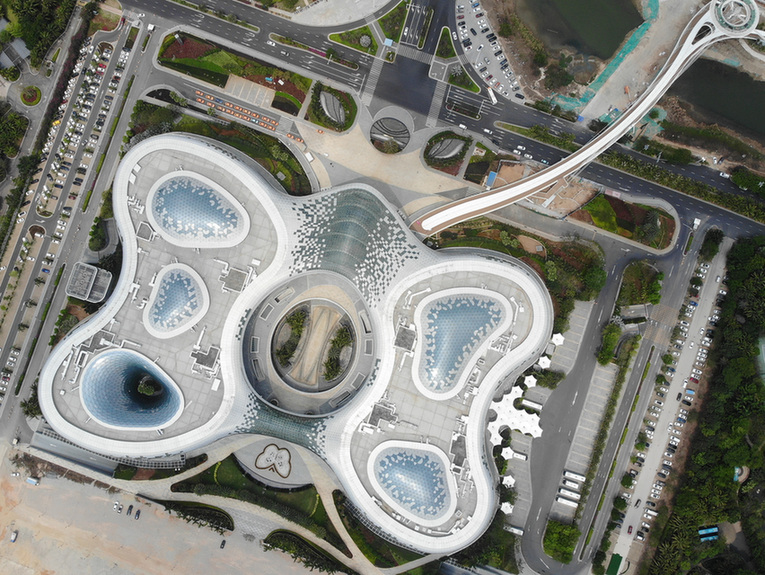 The authorities expect to make Hainan, China's largest special economic zone, the frontline of China's integration into the global economic system, according to the plan.

It has been a strategic decision of the CPC central committee based on the domestic and international situations, it said, noting that the world is facing a new round of major development, changes and adjustment, with protectionism and unilateralism on the rise and economic globalization facing greater headwinds.

Building the Hainan free trade port is of vital importance for pursuing an open economy, deepening market-based reform and improving the business environment, as well as a strategic choice for advancing high-quality development and concrete action to support economic globalization and building a community of shared future for humanity, it said.

Instead of rushing for quick results, China will advance the plan gradually. Hainan will be given more autonomy in reform and will be encouraged to make both the laws and the regulatory system more flexible and efficient, thus clearing institutional obstacles hampering the flow of production factors.

The construction of the free trade port will provide support to national strategic goals in terms of institutional innovation, growth impetus and greater opening-up. Hainan will enhance exchanges and cooperation with Southeast Asian countries, and promote joint development with the Guangdong-Hong Kong-Macao Greater Bay Area.

The master plan also envisions grasping opportunities in the technological and industrial revolution, focusing on tourism, modern services and high-tech industries to foster new competitive edges for the island. 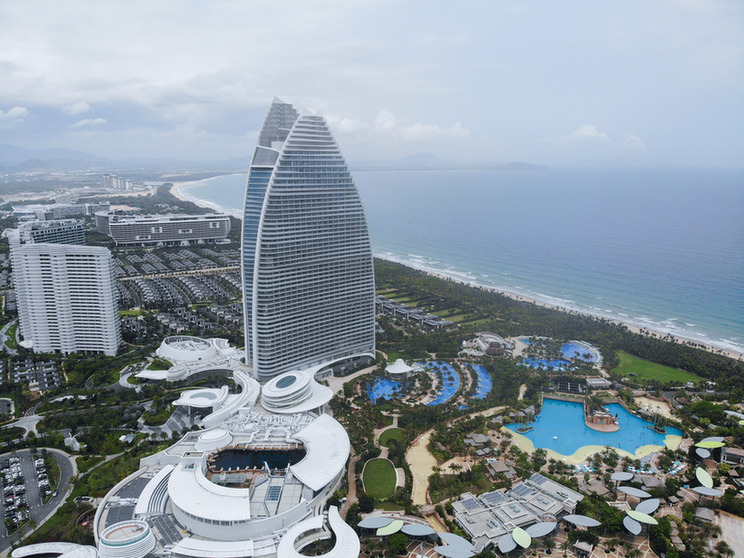 In April 2018, China announced plans to build a pilot free trade zone covering the whole island and explore the establishment of a free trade port with Chinese characteristics.

In an effort to create an international and convenient business environment, Hainan in April decided to grant more rights to its seven key industrial parks, as an institutional innovation to serve its free trade port construction.

Benefiting from the policy, an administrative bureau was launched on April 15 in the Hainan Resort Software Community (RSC), a park focusing on the internet industry and home to about 5,000 registered companies. A batch of provincial-level administrative powers have been delegated to the bureau. 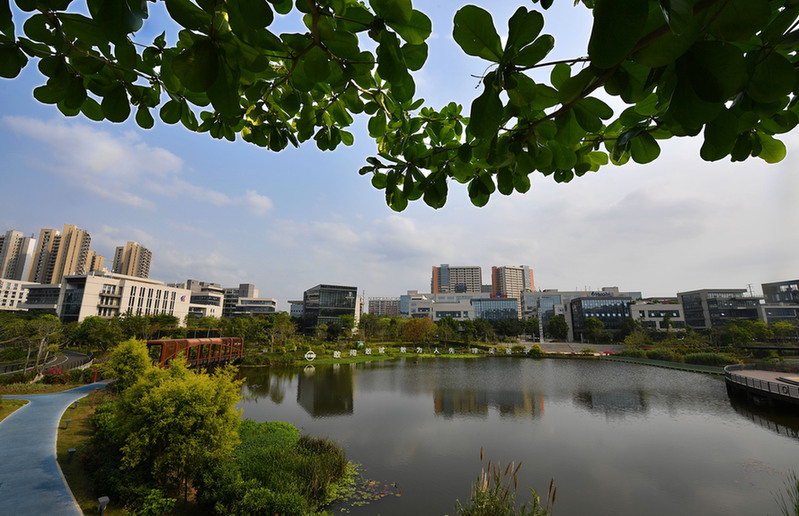 "It means cutting red tape for businesses, and the enterprises in the park can enjoy more convenient and efficient services," said Yang Chunzhi, general manager of the Hainan Resort Software Community Group Co., Ltd, which runs the park.

A blockchain research institute, jointly established by the RSC and the University College Oxford Blockchain Research Centre at Oxford University, was officially opened in 2018 and has attracted many international talents.

Yang said the RSC is developing new industries, including blockchain and digital health and services. "The park will make good use of the policy and promote industrial innovation through our technological advances," he said. 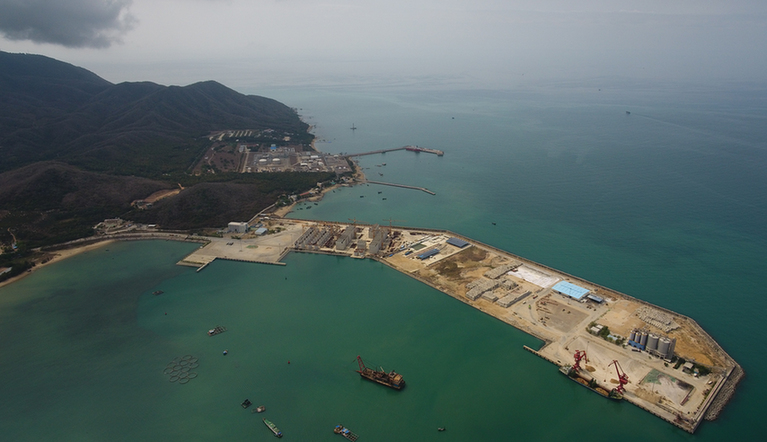 As the province focuses on modern services, high technologies and tourism, a number of the world's top enterprises and industry leaders have invested in Hainan, including Temasek, SOSV and Deloitte.

Data from the Hainan Provincial Commerce Department showed that 338 foreign-funded enterprises were set up in Hainan in 2019, up 102.4 percent year on year, and the actual use of foreign capital reached 1.5 billion U.S. dollars, soaring by 100 percent year on year.

"The foreign-funded enterprises have become an important force to boost the development of Hainan's economy," said Peng Wei, deputy director of the department. 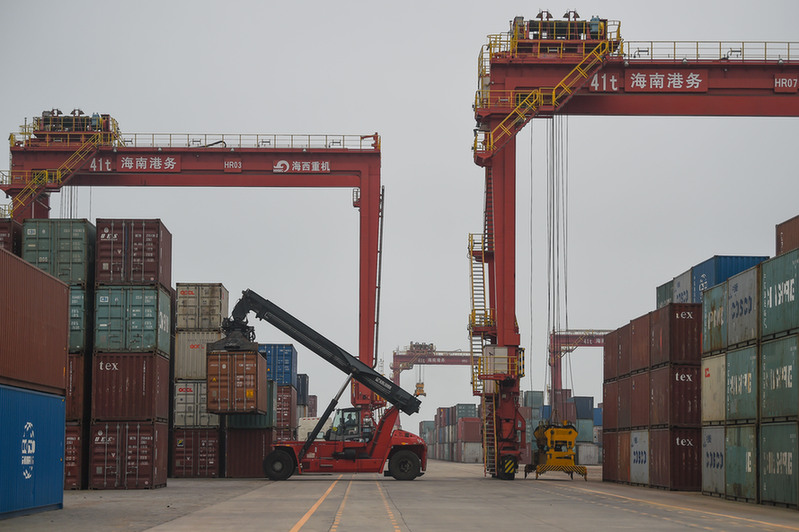 "China's door is opening wider and wider and Hainan is becoming the new highland of China's reform and opening up," said Han Shengjian, director of the Hainan International Economic Development Bureau.

"The special policy of the Hainan free trade port is of great significance especially amid the COVID-19 epidemic. It reflects China's firm determination to expand its opening up and will definitely bring more opportunities to global investors," he said.