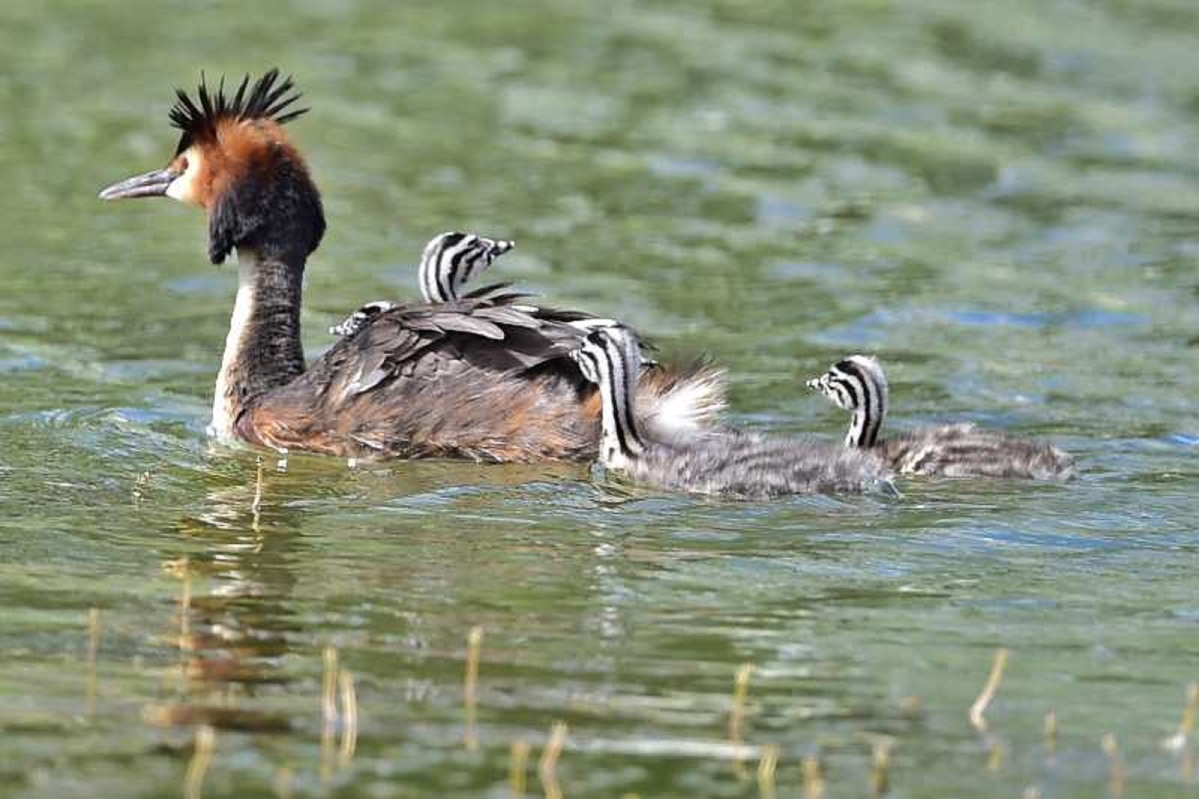 Newborn grebes were seen swimming with their parents in the Yitong River in Changchun, Jilin province. [Photo by Guo Liang for chinadaily.com.cn]

Several newborn grebes were seen swimming with their parents recently at the Yitong River in Changchun, capital city of Jilin province, attracting residents and photographers to enjoy the early summer sunshine.

In the spring, a couple of grebes settled beside the river and hatched their young.

Under the watchful eye of the adults, the grebe babies seemed to enjoy the activity.